– Sviatlana Tsikhanouskaya shared that her husband Siarhei Tsikhanouski had made his last statement at the “court”. Since, due to the closed trial, no one could listen to him deliver it, he decided to write a song for the people of Belarus. ”In the lyrics, my husband writes: “I am proud, proud with all my heart to be a Belarusian“. I cannot disagree with him, and I feel this pride every day”. See the music video.

– The Volnyja Pashtouki (Freedom Postcards) initiative began making tote bags with drawings from Maryia Kalesnikava’s, Yana Arabeika’s, Kasia Budzko’s, and other political prisoners’ letters. To get a postcard from the initiative, you can donate and support the vkletochku.org project that helps Belarusians and friends of Belarus abroad to support political prisoners by sending them letters.

– On International Day for the Elimination of Violence against Women, Ms. Tsikhanouskaya made a statement concerning domestic abuse and the repressions of Belarusian women and commented on the situation in our country: “The state has previously treated violence as a norm, neglecting women and telling them to deal with their “family affairs” on their own. I want to say that in the new, democratic Belarus, all these women will not be left alone with their problems”.

– The whole world supported the Day of Solidarity with Belarus Political Prisoners declared by Sviatlana Tsikhanouskaya on November 27. President of Poland Andrzej Duda expressed his solidarity in Belarusian, US Secretary of State Antony Blinken called for the release of political prisoners and new elections in Belarus, diplomats from the US, France, Lithuania sent postcards to political prisoners in Belarus, the City of Budapest flew the flag of democratic Belarus, and the Estonian Foreign Ministry lit up its building in white-red-white colors. See how the world demonstrated solidarity on the website of Sviatlana Tsikhanouskaya.

– The Office now offers a comprehensive guide on legal, financial, and psychological assistance to political prisoners.

– Sviatlana Tsikhanouskaya delivered a speech at the European Parliament. She spoke about torture, murder, and violation of human rights in Belarus in 2021 and asked parliamentarians if “people understand what we mean when we talk about the EU’s long bureaucratic processes and complex diplomacy?”. Leader of democratic Belarus stated that neither Belarus nor Europe has another year to wait and presented a strategy for European countries. The speech was greeted with a long-standing ovation. See the recording or read the text version.

– Ms. Tsikhanouskaya received an invitation from US President Joe Biden to participate in the Summit for Democracy. The leaders of 110 states have been invited to the summit.

– Ms. Tsikhanouskaya took part in the International high-level Conference on Belarus in Vienna. She joined Austrian Chancellor Schallenberg, European Commissioner Varheliy, German Foreign Minister Maas, Polish Foreign Minister Rau, and other European politicians to discuss further steps of Europe to resolve the Belarusian crisis. Commissioner Varheliy gave an update on the assistance in the delivery of vaccines to Belarus, Chancellor Schallenberg stated that the migration crisis was artificially created, and the root of the problem, not only consequences, should be targeted. Minister Maas spoke about the torture of prisoners in Belarus and encouraged partners to give a voice to the Belarusian democratic forces at the Eastern Partnership Summit. Minister Rau called to introduce broader sanctions: “We will not go back to the status quo that existed before the 2020 elections.”

– German Chancellor Angela Merkel held a call with Sviatlana Tsikhanouskaya.  She assured that both the EU and Germany would firmly adhere to the policy of non-recognition of the regime, and the position of the EU towards the Lukashenka regime will remain unchanged.

– In her office in Vilnius, Sviatlana Tsikhanouskaya greeted Pieyre-Alexandre Anglade, Member of the National Assembly. They discussed how France can help Belarus and how the EU can create a mechanism to monitor the work of sanctions against the regime. 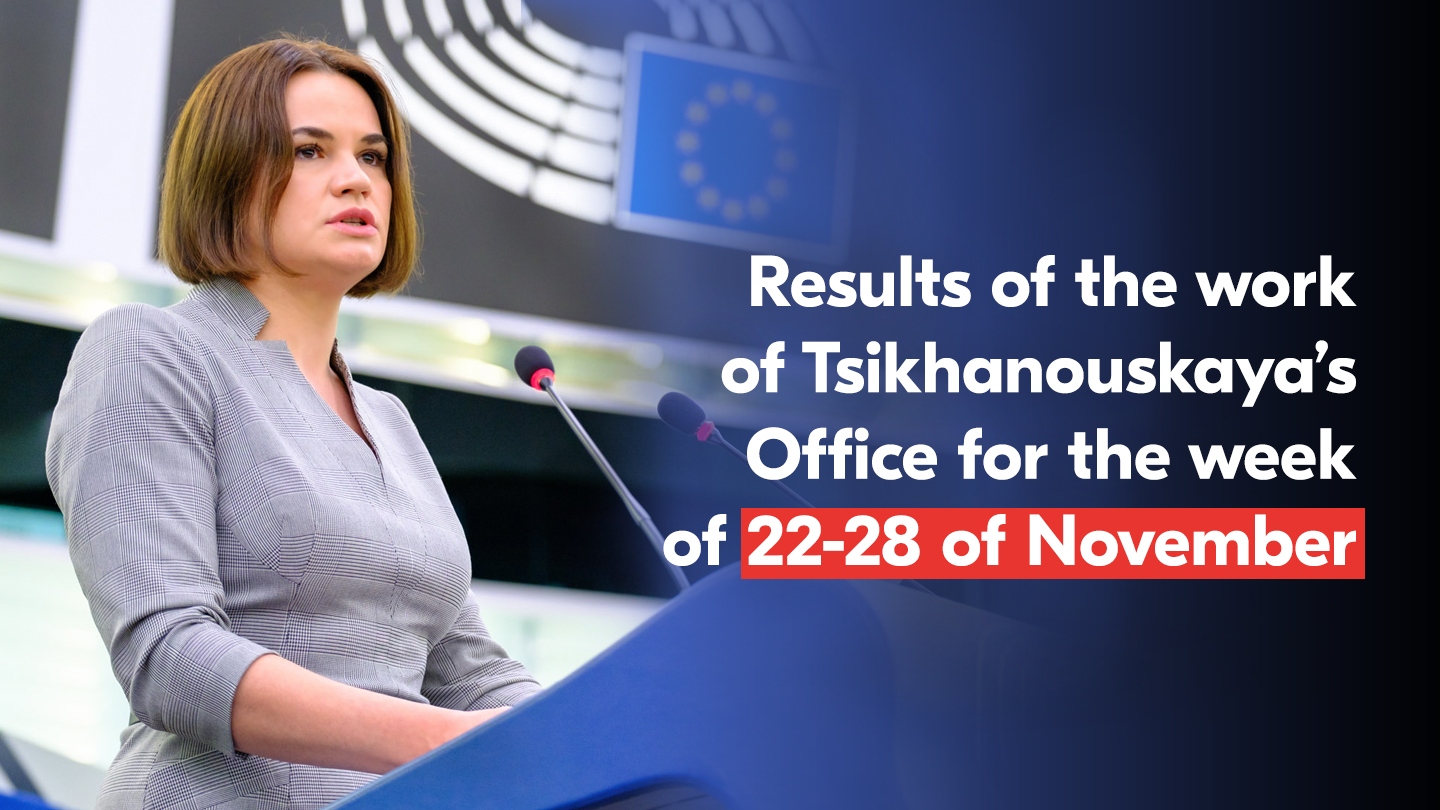