Sviatlana Tikhanouskaya about the “trial” of Viktar Babaryka

“Today, independent journalists came to the “trial” of Viktar Babarika to do their work. But they were turned down.

Dozens of people wanted to get into the courtroom because the court declared open. But they were turned down.

Babarika's lawyer Dmitry Laevsky demanded the recusal of the “judge” because his wife works in the bureau with the prosecution's lawyer. But he was turned down.

Then the lawyer filed a motion to change Babaryka's preventive measure to house arrest. But he was turned down.

Then the lawyer filed another motion — to remove the arrest from Babaryka's property. But he was turned down.

But allowed to remove handcuffs so that Viktar Babaryka could gesticulate. But only when he testifies. The rest of the time —“by the permission of the court”.

All this is only the first day of Viktar Babaryka's trial. But on the very first day we were denied the truth.

The regime no longer has security, the law, the presumption of innocence. Everyone can be behind the bars, and later propagandists from the state media will demand that a person prove their innocence. An example is the history of hundreds of Belarusians.

Right now, activists Dzmitry Furmanau, Uladzimir Kniga, Yauhen Raznichenka are being “tried” in the Tsikhanouski case. For the truth about the murder of Raman Bandarenka — the journalist Katsiaryna Andreyeva and Daria Chultsova, and the “trial” of the doctor Artsiom Sarokin will soon start. Only we ourselves can free these people — by ending this crisis, negotiating, and new fair elections". 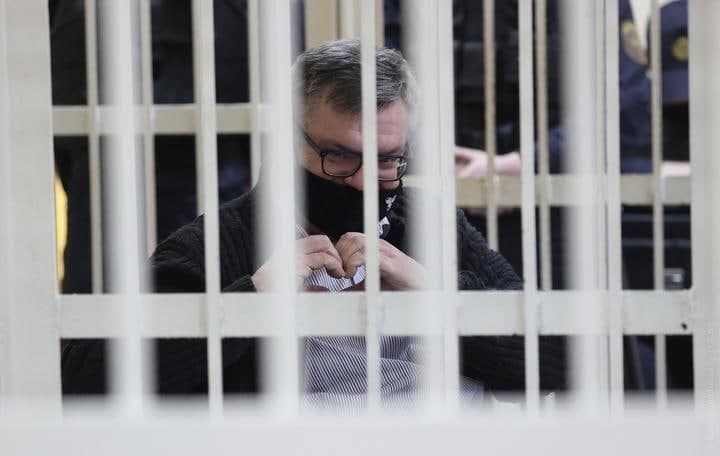