Sviatlana Tsikhanouskaya’s speech at the Carleton University in Ottawa, 2022

Many thanks to the Institute of European, Russian and Eurasian Studies, and to the Norman Patterson School of International Affairs at Carleton University.

I feel a great responsibility speaking before students.

And to be honest – I’m a little nervous. Being a politician is still an unusual role for me, but being a lecturer is even more odd. I must say: speaking with ministers and presidents, – for some reason is easier.

Actually I feel like a student myself. I feel like I've been studying an accelerated course in politics. Together with me, all the people of Belarus are taking a crash course on democracy and civic awareness. I am sure that with hard work we will successfully pass this exam and bring democracy back to Belarus.

The last thing I want to do today – is to teach you how to live. After all, I am myself learning to act in a new reality in real time. Instead, I would like to tell you about what I and all Belarusians have learned during two years of our protracted revolution.

We went for an easy option once. And we are still paying the highest price for it.

28 years ago, the boss of a Soviet farm, Alexander Lukashenka won the election. The 1994 elections in Belarus were the last legitimate democratic elections in our modern history. This was our chance to build a better country. After the collapse of the Soviet Union, Belarus had an even better starting point than our neighbors: Ukraine, Lithuania, Poland.

But at that moment we wasted our chance. The election was won by a populist with the promise of order and stability that the people missed in the post-Soviet uncertainty. We were wrong. We succumbed to the temptation to find a simple solution.

Throughout his 28 years in power, Lukashenka systematically destroyed democratic institutions and initiatives in Belarus. He dismissed the parliament and usurped power by rewriting the constitution several times and giving himself unlimited powers. He made Belarus an economic servant of Russia.

Actually his big dream was to become president of Russia, and Belarus was just a launching pad.

He gradually and systematically destroyed the Belarusian language, culture and national identity.  After all, people who do not remember themselves, their history, – are more willing to obey.

Lukashenka’s henchmen began to operate a policy of making opponents disappear without a trace. Many of Lukashenka's opponents went missing.

Former Belarus Minister of interior Zakharenka, who bluntly told Lukashenka that he would not violate the constitution and would not go against the will of the people, – disappeared. Former chairman of the electoral commission Gonchar, who refused to participate in the falsification of the vote, – disappeared.

Many brave people just vanished into thin air. And now many of us think:
Why didn't we hear about them?
Why did we think that these were part of some internal, complex political situation that did not concern us?

Throughout these years we seemed to be in some sort of coma. But in 2020, our nation awoke from this coma. We were finally tired of being afraid. We felt strength and unity and drew support from each other.

The Belarusian revolution, oddly enough, began with the coronavirus. Lukashenka denied the existence of the disease. He offered to treat it with vodka and a tractor ride… while thousands of Belarusians died. To this day, the ministries of statistics and health have concealed the truth about the number of deaths.

The coronavirus made Belarusians see that the state is not interested in solving their problems. That Lukashenka does not care about people's lives. And we mobilized to help each other.

Belarusian funds collected aid for hospitals. Restaurants organized free lunches for doctors. Thousands of Belarusians sewed medical masks. Volunteers built protective corridors between the red and green zones in hospitals. All this was generated by the people’s own initiative.

And it made us realize that we can solve our problems ourselves.

We do not need Lukashenka to build a better life in a country standing before the abyss.

In fact, all these years he only slowed down our development.

And again the Belarusians mobilized during the election campaign. Thousands of enterprising people collected signatures in their free time for alternative candidates. One of those candidates was my husband, Siarhei Tsikhanouski.

I will never forget, how thousands of people stretched in the long line to sign for him. The whole of Belarus believed that change was possible. Of course, we did not expect Lukashenka to have the decency to give in. But we believed not in him, we believed in ourselves.

Very soon, Lukashenka's main rivals ended up in prison on fake charges. My husband was detained at a rally of his many supporters. My kids did not see him for more than 2,5 years. He was sentenced to 18 years in prison. Just for daring to challenge the dictator. For revealing the truth to people. For showing Belarus saturated in lies, corruption and lawlessness.

For this, the regime is still holding him hostage. He can’t our children who miss their father so much. Guards torture him, forcing him to spend months in an isolation cell, without warm clothes, without a shower and basic hygiene products, without a mattress, bed linen or even a blanket.

Such a fate awaited all of Lukashenka's opponents.

When my husband was imprisoned, I decided to submit my candidacy for the elections instead of him. I wanted to support him.

Lukashenka allowed me to participate as a joke. He did not see a woman as a rival. He decided to laugh at me when he said that a woman would never become the president of Belarus. He did not notice how much people in Belarus had changed. And how out of touch with reality he was. The joke was on him. He has lost.

The dictator could not bear such an insult. Before his eyes, the people had rejected him. And after he stole the election in front of the entire democratic world, he decided to take revenge on all the citizens who had deserted him.

Across Belarus, hundreds of thousands of people took to the streets in protest. In response, a monstrous wave of violence was unleashed across the country. 7,000 people were detained in the first three days of the protests. In police stations and detention centers, they were tortured until they fainted. Women and men were raped with police batons.

When people did eventually leave prison they were in very poor shape. Some are still left with grave disabilities. Some have died.

This did not make Belarusians stop. We just understood the price of freedom and our responsibility before our land and nation. Every weekend, hundreds of thousands of Belarusians took to the streets to protest against this violence. Factory workers prepared strikes. Doctors and lawyers stood in solidarity around the prison walls for days. Businesses helped collect aid for the victims of this repression. And students like you formed their own associations to protect their rights. They held mass pickets at the entrances to their campuses.

Today for some people, it may seem that, despite all our efforts, we lost.

Lukashenka is still in his castle. Together with Putin, he now terrorizes not only the Belarusian people, but also commits war crimes in Ukraine.

Over the past two years, more than 60,000 Belarusians have been detained, beaten and tortured. More than 1,400 people in Belarus have already been recognized as political prisoners. Among them are 60 brave students. Hundreds of thousands fled and continued the resistance from exile.

The protest in Belarus has dragged on. But I know that we will win.

Sometimes I rewind the summer of 2020 in my head and wonder what could have gone wrong. What did we do wrong? And I understand there can be only one answer: We did everything we could.

A dictatorship that took 28 years to build cannot be defeated in a couple of weeks. And that is why every day Belarusians continue to move towards our goal, despite the terror and the growing level of repression, which our country has not known since Stalin's times.

But the stakes continue to rise. Feeling impunity for his crimes against the Ukrainian people, Lukashenko is planning crimes against the entire democratic world. He first organized the hijacking of the Ryanair flight just to detain a journalist on board.

Then, in revenge for supporting the Belarusian people, he engineered a massive migration crisis on the border with our friendly European neighbors.

Earlier this year, the dictator has drawn us into a criminal war against Ukraine. We were shocked seeing hundreds of echelons delivering Russian tanks and missiles. Lukashenka paid Putin for his support in 2020 with Belarusian sovereignty. Today, Belarus is under de facto occupation and being used as a launching pad for Russian missiles and tanks.

And Belarusians have united again, this time – in support of Ukraine.

Despite terror and repressions, our partisans conducted 80 acts of sabotage on the railways to stop the advance of Russian military equipment. Cyber partisans hack the regime’s state institutions. Last week they hacked the Russian Oversight Committee and passed terabytes of obtained data to journalists.

Hundreds of our military volunteers are taking part in the liberation of Eastern Ukraine. Belarusians are collecting aid for Ukrainian refugees. Belarusians inside the dictatorship resist occupation and propaganda. Posting leaflets with honest news. Sending information about Russian troop movements and missile launches to warn Ukraine of attacks.

Only last month, 300 hundred people were imprisoned for anti-war protest. You can be sentenced for the slightest manifestation of dissent. A Belarusian or Ukrainian flag, a comment on Instagram, a subscription to an independent telegram channel – can cost you years of prison in Belarus. For an anti-war act of sabotage – one faces the death penalty.

The fear of repressions don’t stop people from supporting Ukraine. We understand that the fates of Belarus and Ukraine are intertwined. We know that without a free Ukraine, there will not be a free Belarus. And without free Belarus, there will not peace and safety in Ukraine and Europe.

Today, the democratic world is passing the important “maturity exam”. The results of this exam will determine the next decades of the whole world. And before this exam, I would like to give some tips that I have learned over the course of two years.

I don’t have doubt that we will win. But I feel sad that our road to freedom was longer than we could have imagined. I feel sad when I see the suffering of the people of Ukraine. I feel sad when my kids are asking where their daddy is. It got more painful than we thought we could endure.

But I also know that this path is our fate. We will continue the struggle. And we will never give up. 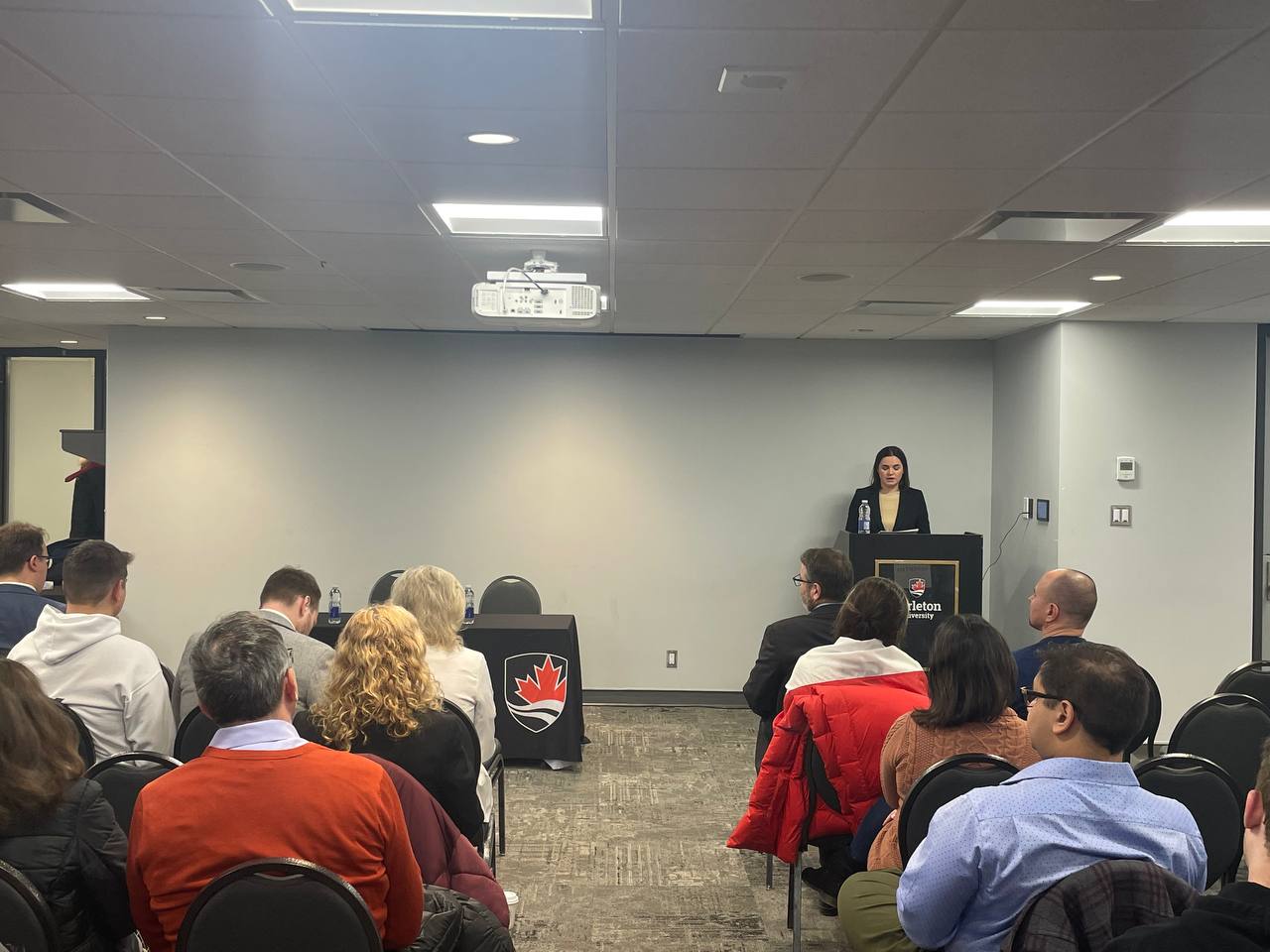 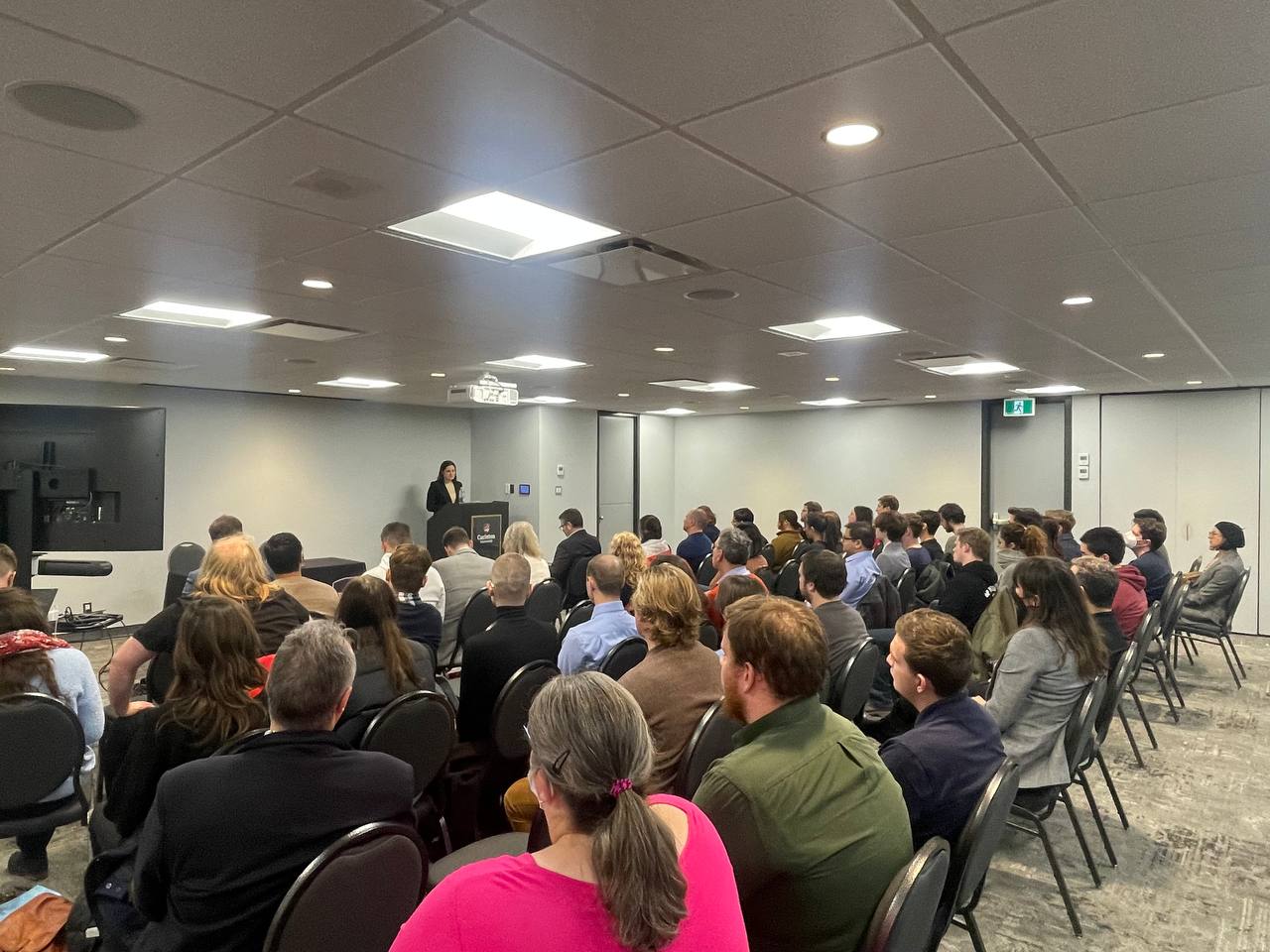