Sviatlana Tsikhanouskaya is on a working visit to Canada: meeting with Poroshenko, equipment for volunteer fighters, proposals for US congressmen

In the first days of the visit, she spoke at the plenary discussion of the Halifax International Security Forum, where she noted the importance of independent media and appealed to Google and Facebook to help activists and journalists opposing the regime:

“Tech companies could help Belarus more: block censorship, support independent content. Google could introduce support for the Belarusian language on Youtube”, Ms. Tsikhanouskaya said. She spoke about the case of Tor Band’s content getting blocked and their “confession” videos played on YouTube as ads after the musicians were detained. She noted that her Office, in cooperation with Google, has already blocked hundreds of propaganda videos, but new ones keep appearing, and called for a systemic solution.

Sviatlana Tsikhanouskaya met with Petro Poroshenko. At the meeting, the Ukrainian ex-president spoke about Ukraine's expectations from the democratic forces of Belarus. They agreed to coordinate work in the media landscape, as well as seek support for the Belarusian volunteers, including resolving their legalization of stay issues through the Verkhovna Rada, compensation for the wounded, and for the relatives.

– With the defense ministers of the Netherlands and Canada, Sviatlana Tsikhanouskaya talked about actions in international organizations to support Belarus’ sovereignty. “Putin may want Belarus as a consolation prize after Ukraine wins, this cannot be allowed”, Ms. Tsikhanouskaya noted. They also discussed warm uniforms, medical and other non-lethal equipment that could be provided to Belarusian fighters, volunteers, and medics in Ukraine.

– With US Under Secretary of State Bonnie Jenkins, she discussed hearings at the UN Security Council on Belarus. Ms. Tsikhanouskaya informed her about the amount of tanks and other equipment the regime had sent to Russia to support its war efforts, and stressed the need for sanctions against the defense industry of Belarus.

– On the first day of the Forum, Sviatlana Tsikhanouskaya met with US senators and congressmen and handed over a list of proposals to support Belarus' independence. They agreed to initiate congressional hearings on the situation in Belarus. Ms. Tsikhanouskaya also met with the German Bundestag members to discuss support for political prisoners and the repressed and a strategy for pulling Belarus out of Russia's control. Sviatlana Tsikhanouskaya emphasized the need to expand the issuance of visas. As the German Ambassador had earlier confirmed, visas will henceforth be issued to Belarusians.

In the following days, Ms. Tsikhanouskaya will be in Ottawa, where she will meet with the head of the Senate, Prime Minister Justin Trudeau, and Foreign Minister Mélanie Joly. She will also hold meetings with the President of the Rada of the Belarusian Democratic Republic Ivonka Survila and representatives of the media, academic and expert community. 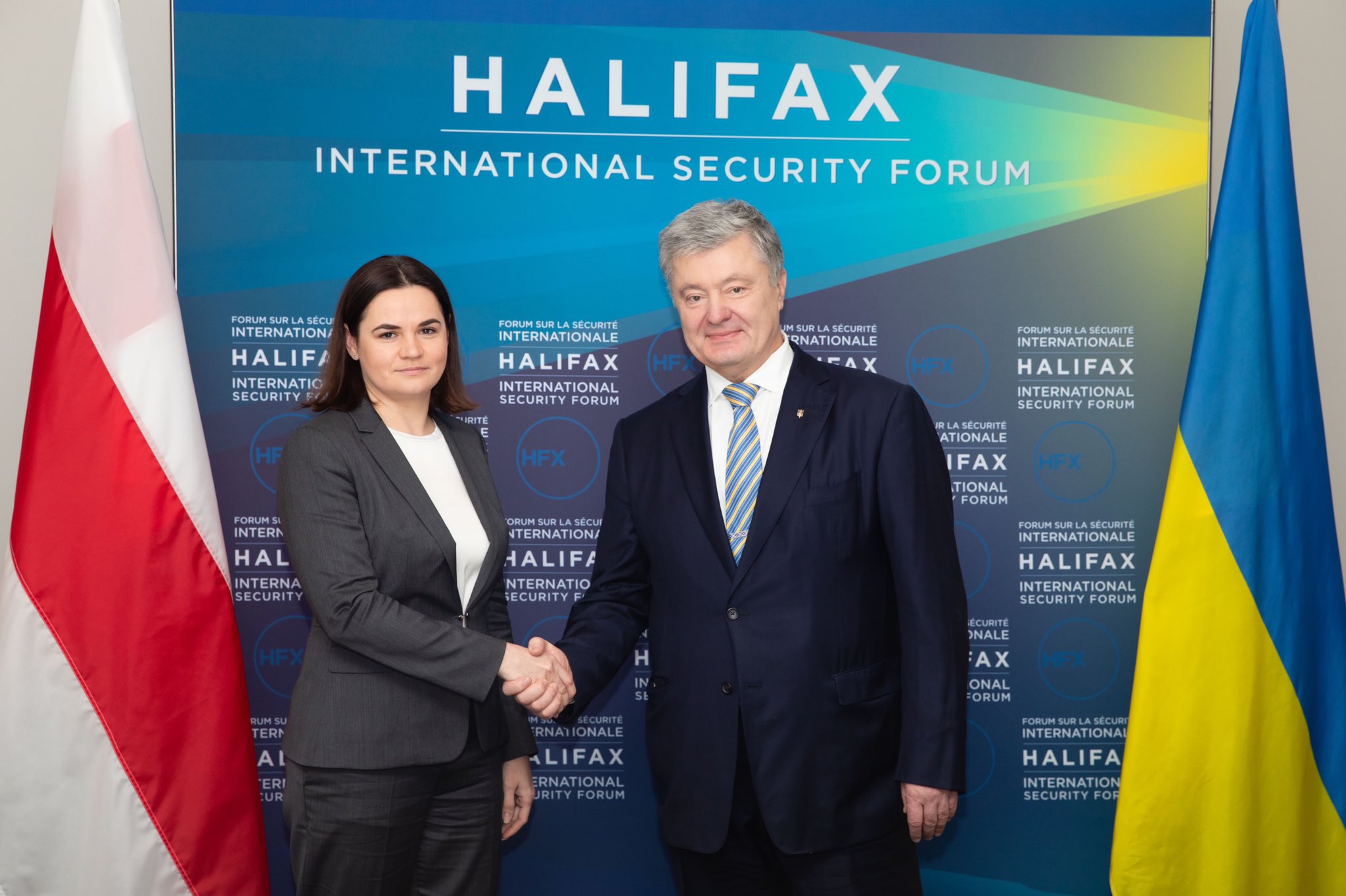