Leader of Democratic Belarus Sviatlana Tsikhanouskaya calls on you to join the Day of Solidarity with Belarus on August 9th, 2022. On this day, Belarusians mark  the second anniversary of the peaceful uprising after the stolen Presidential election of August 2020. Despite 2 years of continuous repression, Belarusians continue underground resistance and help Ukraine in its fight against Russian aggression. Join us in celebrating their bravery and resolve by posting on your social media (media kit attached), writing a letter to a political prisoner, pinging your local representative to speak or joining a local rally of Belarusian diaspora.

Ms.Tsikhanouskaya invites Governments and Parliaments, NGOs and initiatives, journalists and influencers, diaspora groups, and business people to use this day to express their solidarity with those in Belarus who labor for democracy.

We also plan to hold a series of events in Belarus, Vilnius, Warsaw, and across the world to  celebrate the heroism of Belarusians.

If you are tweeting, posting, or writing about Belarus, use hashtag #standwithbelarus.

What you can do on August 9: 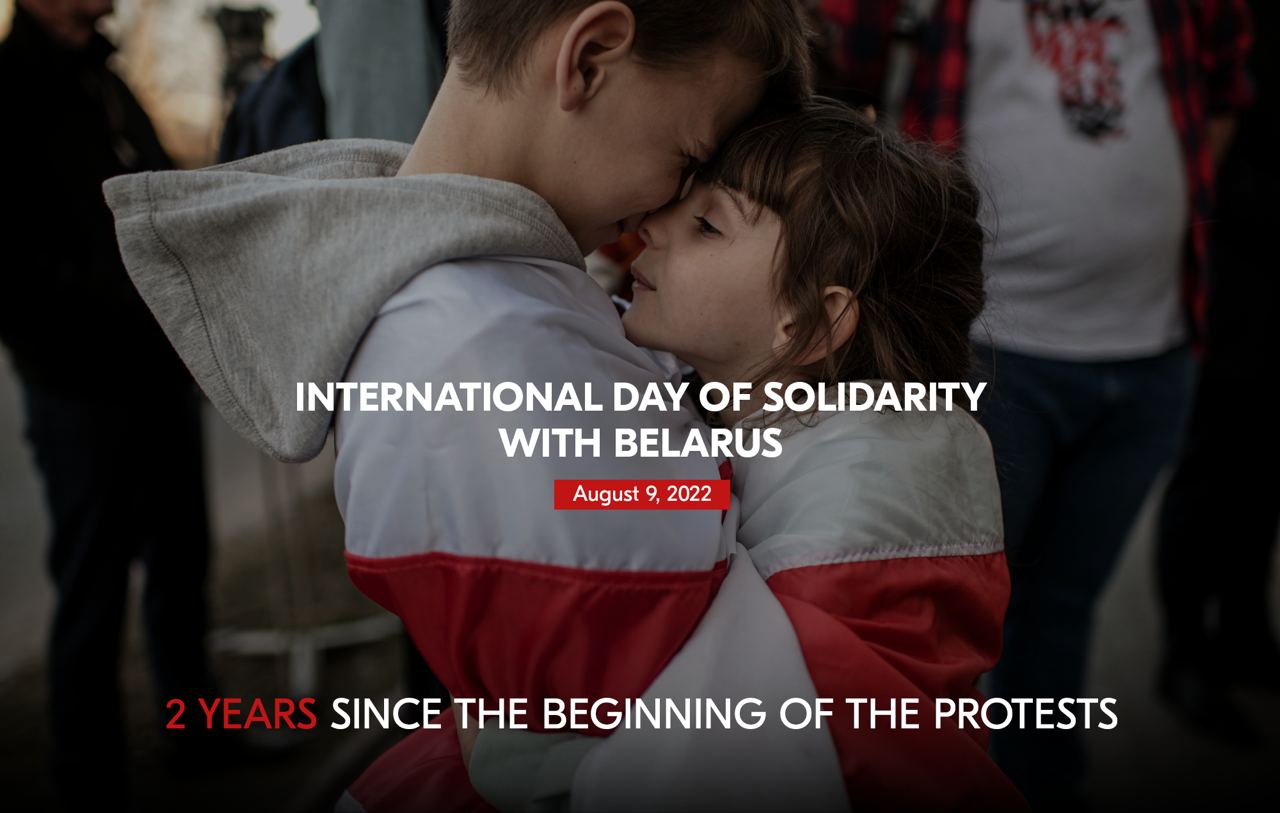