Ms. Tsikhanouskaya spoke of Pratasevich’s abduction, repression, and torture of political prisoners in Belarus: “The regime has turned our beautiful country into a huge prison camp with almost 500 political prisoners and hundreds more likely to join this list. My fellow Belarusians, struggling with hopelessness and humiliation in jail, take extreme measures: in recent weeks several suicide attempts and deaths were reported”.

– support the repressed Belarusians and their families, the independent media, and human rights defenders;
– investigate the crimes of the regime and strengthen its economic isolation: «The sanctions are not a silver bullet, but they are needed to exert sufficient pressure on the illegitimate authorities of Belarus, especially specific sectors like crude oil and oil products, potash, steel, and wood-processing industries are especially relevant in this respect. The sanctions should also target state propaganda that enables disinformation campaigns within the country»;
– develop a common EU Assistance Plan and develop national plans to support democratic Belarus;
– hold a conference on the resolution of the crisis in Belarus and discuss the issue of Belarus at the G7 and Eastern Partnership Summit – and invite Belarusian democratic forces, not representatives of the regime, to any such event;
– to prevent the trade in political prisoners and remember that the only way to resolve the crisis is to hold new, honest elections.

The forum was also addressed by the Lithuanian Prime Minister, Ingrid Shimonite, who stated that the only way for Belarus was to end torture, release political prisoners, dialogue with civil society, and a new presidential election this year.

The full speech of Sviatlana Tsikhanouskaya:

I am very happy to join this distinguished plenary session. I would like to thank Chancellor Kurz for inviting me here to speak personally. Heading for New Horizons is a great name for the 25th Europa-Forum Wachau. And I would like to speak about the new horizon for Belarus.

Belarus is a very different country in comparison to a year ago. It is a country of people who have stood up for the right to elect their government, for their freedom and human rights, who have shown their true colors – white-red-white.

I am proud of this awakening for my country and of the immense courage of our people. But I am deeply saddened by the injustice they have been facing. The regime has turned our beautiful country into a huge prison camp with almost 500 political prisoners and hundreds more likely to join this list. My fellow Belarusians, struggling with hopelessness and humiliation in jail, take extreme measures: several suicide attempts and deaths were reported in recent weeks.

The recent state-sponsored hijacking of a private plane is another proof that there are no red lines this regime is not ready to cross. The forced confession of Raman Pratasevich is another example of how far and low they are ready to go. We should be aware of this when speaking about EU policy.

We are grateful to EU and Western leaders for speaking with one voice. Belarusians feel your support and solidarity in our striving for democracy. It’s crucial to provide assistance to repressed families, journalists, human rights defenders --  all those who suffer from the regime. We need a principled policy: the EU should not expect that providing incentives to the Belarusian regime might work.

The sanctions are not a silver bullet, but they are needed to exert sufficient pressure on the illegitimate authorities of Belarus. The regime is vulnerable towards economic sanctions that would target companies controlled by them or closely linked with their business interests. Specific sectors like crude oil and oil products, potash, steel, and wood-processing industries are especially relevant in this respect. The sanctions should also target state propaganda that enables disinformation campaigns within the country.

The European Union and its Member States should suspend any financial aid to the current regime and further develop the Comprehensive Plan of Economic Support for the New Belarus built on democratic values. We also would welcome the development of national plans of support for democratic Belarus. Civil society, human rights defenders, and independent media need your support since they are at the forefront of this struggle.

It would be crucial to hold a high-level conference on how to resolve the crisis in Belarus with the participation of the EU and the G7 Member States and other major stakeholders. At the same time, such high-level fora as the Eastern Partnership Summit should welcome representatives of the Belarusian people, not the regime.

We should remember that ultimately all these efforts should lead to free and fair elections where Belarusians will be able to choose their true leader. Before the elections, we should demand the unconditional release of all political prisoners. We cannot allow them to become bargaining chips in this situation.

Ultimately, it is about justice. The crimes of this illegitimate regime should be investigated, and all perpetrators should be brought to justice.

For this to happen, the Belarusian people are counting on our international partners to work together in a coordinated and consistent manner.

Thank you for your support! Long live Belarus!”. 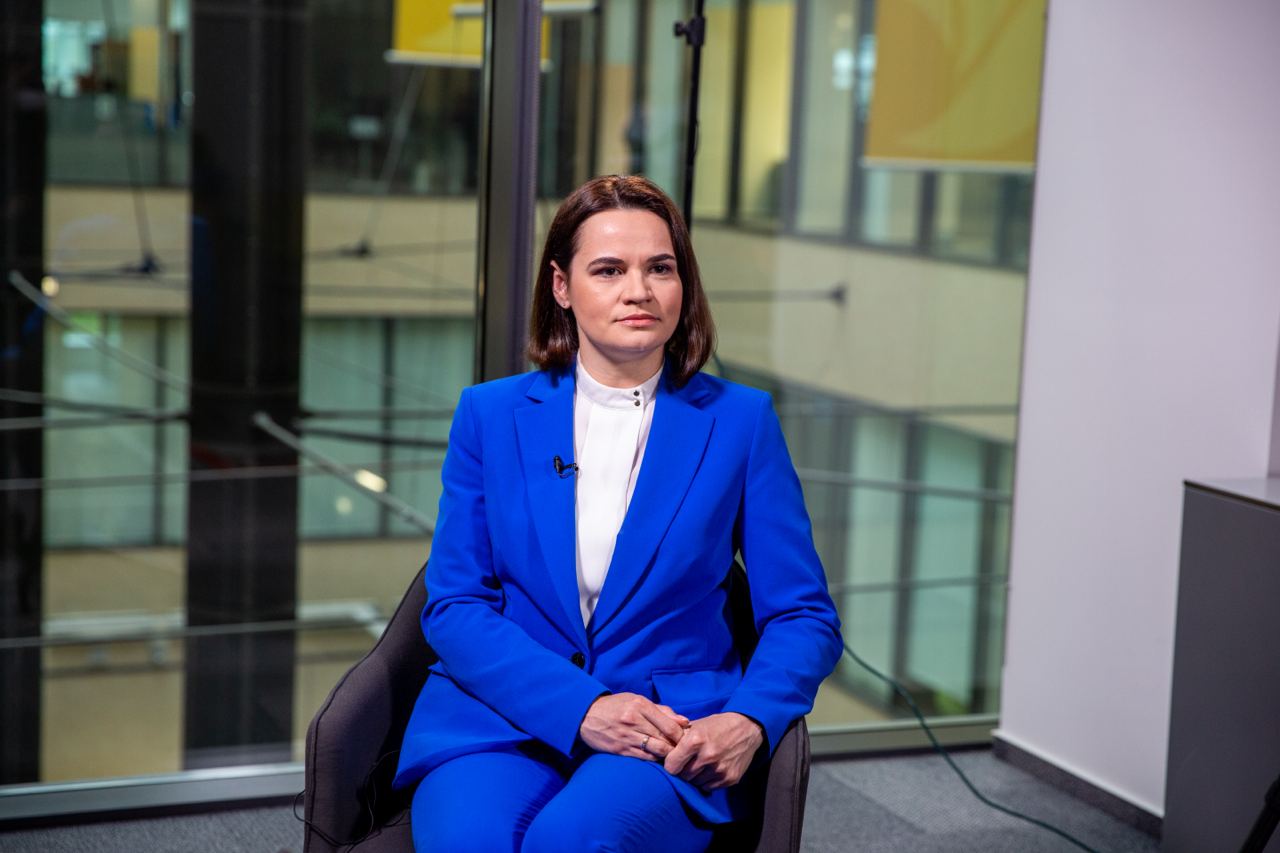