“Belarusians are on the front lines of the worldwide struggle for democracy, and we are counting on you to show solidarity with us on August 9.

Since the fraudulent Belarusian presidential election of August 9, 2020, we have demanded freedom and justice, persisting in spite of the regime's impunity and unmatched violence. The opposition’s peaceful protests have revealed the courage and dignity of ordinary Belarusians.

On August 9, 2020, Belarusians voted for a new Belarus when they gathered on the streets to defend their choice. These peaceful protests swept the country and led to a national non-violent uprising, which the regime has harshly repressed. Since then, Belarusians have continued to fight for freedom in small and large ways. Our demands remain the same: stop the violence, release all political prisoners, and hold a new free and fair presidential election in Belarus under the watchful eye of the international community.

The regime has put more than 600 people behind bars as political prisoners, and thousands more have been imprisoned on flimsy pretexts. Hundreds of thousands of Belarusians have been forced to flee to neighboring Poland, Lithuania, Ukraine, and other countries. Most independent media has been destroyed by the regime, as well as human rights organizations. Everyone, from athletes to medics, are in constant danger in Belarus for expressing their views or doing their work.

On the anniversary of the falsified election, August 9, we are counting on the West to send a clear signal of solidarity with the brave Belarusian people who are fighting for freedom.

I appreciate the strong and continuous support we receive from our partners around the world. The European Union, the United States, the United Kingdom, Canada, Ukraine, and other countries have shown that they stand with Belarus in word and deed.

I call on international leaders, activists, journalists, and friends of Belarus to show solidarity with us on August 9th by organizing performances and rallies, releasing statements, wearing or displaying national Belarusian white-red-white colors, hosting competitions, and online flash mobs. Spread the word about Belarus. Let us – and the world – know that you see us and stand with us. We are counting on you”.

Call to action for politicians

Call to action for the international community 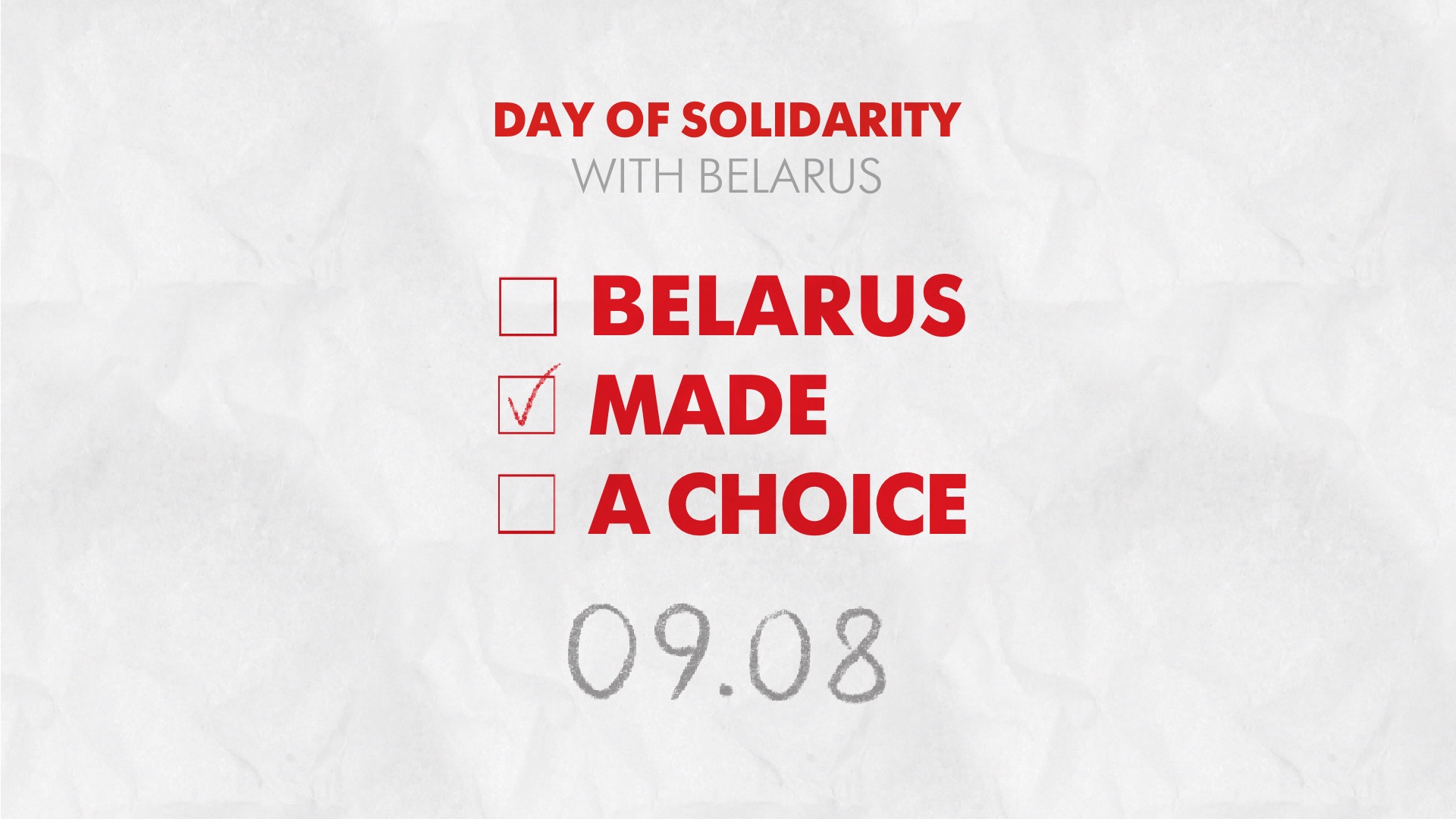