Sviatlana Tsikhanouskaya calls to hold the Global Picket of Solidarity with Belarus on May 29, 2021

May 2021 marks exactly one year since the start of non-violent protests in Belarus and the harshest repressions in modern Belarus’ history. On May 29, Siarhei Tsikhanouski, popular blogger and husband of Sviatlana Tsikhanouskaya, became the first contender for the presidency imprisoned by the Belarusian regime. This arrest, followed by repressions of other presidential hopefuls, moved thousands of Belarusians to set up pickets all over the country and form human chains of solidarity in Belarus and across the world. These peaceful protests swept across Belarus and led to a national non-violent uprising harshly cracked down by the regime.

How to join the Global Picket of Solidarity with Belarus?

It’s very important to send a clear signal of support to brave Belarusian people fighting for freedom, but also to urge the dictatorial regime to end violence, stop torture, release all political prisoners, and conduct a new free and fair presidential election.

Belarusian diasporas can express solidarity with their fellow countrymen by bringing posters with names of hometowns or native regions. The peaceful fight for democracy in Belarusian regional cities and provinces does not receive as much attention as it deserves. People are struggling for their future in places far away from Minsk, and let's celebrate that. 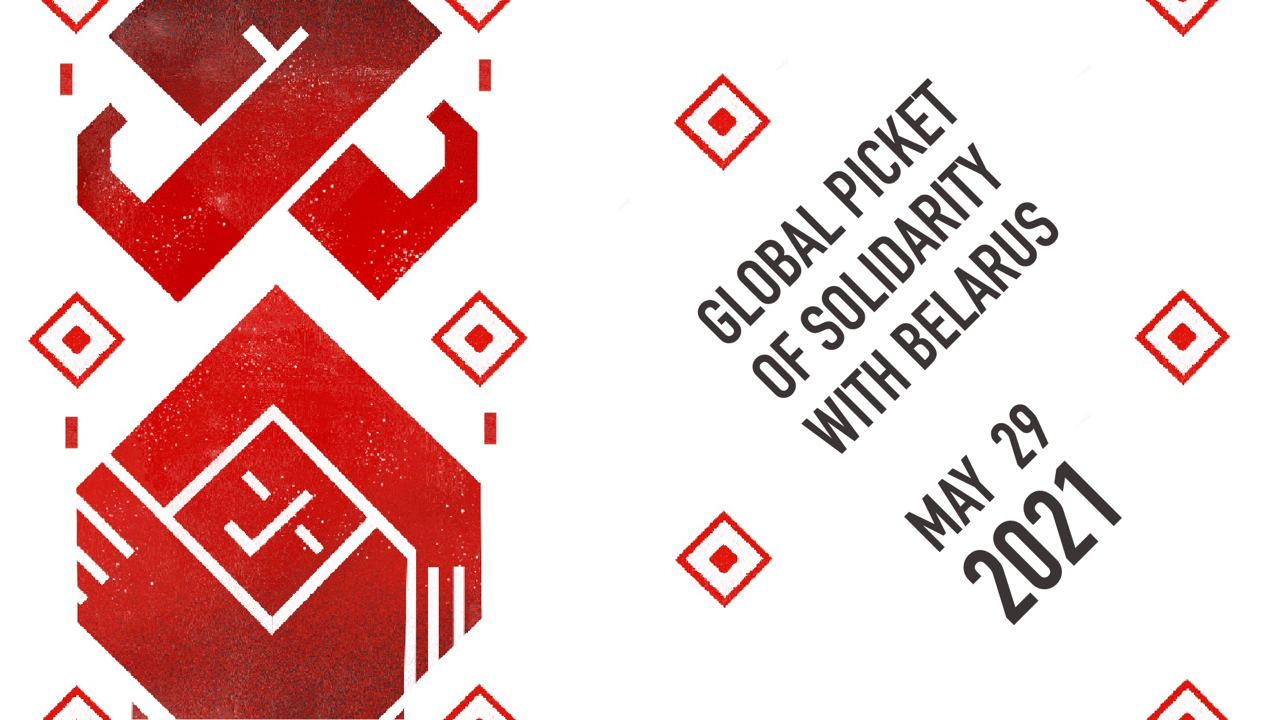