On this day a year ago, I came to the polling station and received a ballot with my name on it – Sviatlana Tsikhanouskaya. I remember how I couldn’t believe it was happening to me. But with no hesitation, I checked the box next to my name – because it also stood for the names of Siarhei Tsikhanouski, Viktar Babaryka, Valery Tsapkala, and everybody who dared to run for president but was politically persecuted or imprisoned.

On this day a year ago, for the first time in many years, we saw the real vote counts at many polling stations all over Belarus. With the help of an alternative count on the "Golos" platform, the people could show: 56% voted for changes in the first round. And everything that has happened since then proves that these changes were already in the minds and hearts of Belarusians.

The only person unable to understand it is the one who lost the 2020 presidential election. The cost of his rule by violence is enormous. More than 36,000 Belarusians have been detained, 610 people are recognized as political prisoners, and thousands more are behind bars on political grounds. More than ten people have died. The regime's crimes go beyond Belarus’ borders: the hijacking of the RyanAir plane, the flow of illegal migrants to the EU, an attempt to forcibly expel Krystsina Tsimanouskaya from the Olympics in Tokyo – in one year, the regime has gone from illegitimate to terroristic.

Despite this, Belarusians have been standing up against the regime for a year. Our people create and support public initiatives, free media, and solidarity funds that help protesters and the repressed. Belarusians launched the "Workers' Movement" and "Peramoga Plan" initiatives to increase internal pressure – preparing a general strike and peaceful disobedience actions in Belarus. Our people remain steadfast in their demands: the crisis will be resolved when we release all political prisoners and hold a new democratic presidential election under international observation.

For this, we have prepared a draft Rehabilitation Act, according to which the innocently imprisoned will be released within two days. We have developed a roadmap on how to transparently organize free and fair elections within 60 days. We have formulated a plan on organizing support for striking workers, repressed businesses and people. Now we are holding public hearings open to all Belarusians to develop a draft Constitution because the fundamental law of our society must be written only by the people.

During this year, we've made many new friends. More than 30 countries have supported us. For the first time, the EU, UK, and the US have a joint position on the crisis in Belarus – on all levels, from political parties to the heads of state. I want to underscore our gratitude to Lithuania – the first country to support Belarusians boldly and decisively. Without friends like you, our path to democracy would be much harder and longer.

And now, the topic of Belarus is discussed at the UN Security Council. OSCE is ready to be a platform for dialogue on a new election. We expect the United States, United Kingdom, and Canada to soon announce joint sanctions against the regime. Belarusian caucuses are launched in the US Senate and House of Representatives, and many countries have set up or expanded support programs for the Belarusian civil society. The EU has developed the Assistance Plan to Democratic Belarus. The UN High Commissioner for Human Rights has begun documenting the facts of the violence and torture in Belarus. We are advocating for organizing an international tribunal on the regime’s crimes and we are working on holding a high-level international conference to resolve the crisis in Belarus.

This is possible because Belarusians have united inside the country and in various parts of the world for a common goal a year ago. And this year, Belarusians united the whole world around us.

I am often asked if a year ago, standing at the polling station, I knew what would happen later – would I do anything differently? But history knows no counterfactuals. I know what choice Belarusians made a year ago. I have made the same choice and took responsibility for it. Thus, no matter how long or difficult our path to freedom is, I will go through it together with Belarusians. 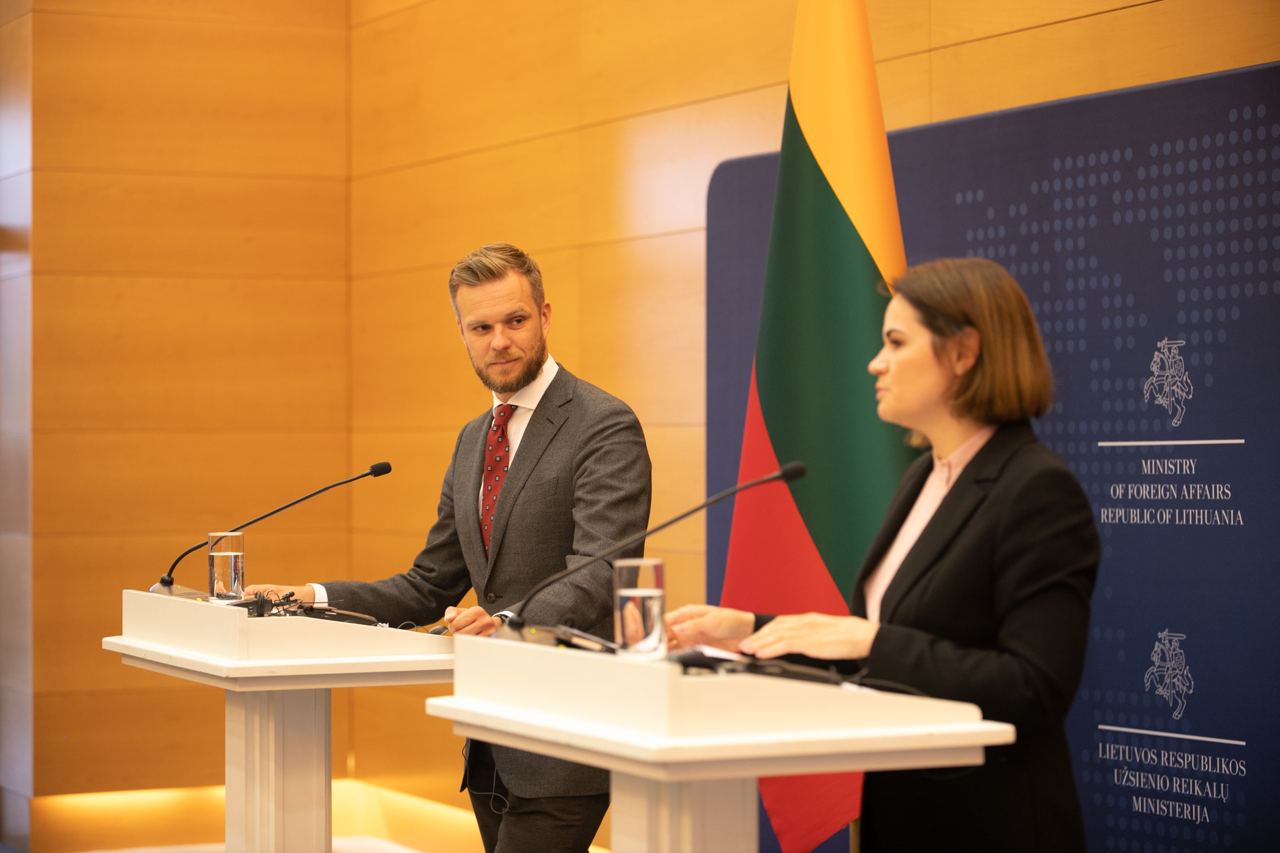