Press briefing of Sviatlana Tsikhanouskaya, May 25

“It is the third day after the hijacking of Ryanair plane with Raman Pratasevich and his girlfriend Sofia Sapega onboard. Raman is in the Minsk Detention Center №1, Sofia – in Akrestina Detention Center. The lawyer is not allowed to see her.

I think many have already watched the video with imprisoned Raman. He says that he is being treated lawfully, but he is clearly beaten and under pressure. There is no doubt that he may be tortured. He was taken hostage – like 406 political prisoners and hundreds of people who have not yet been recognized as political prisoners but are behind bars. He was taken hostage, like 9 million Belarusians.

The whole world has understood that not only Belarusians are in danger. Many countries have given definitions to the actions of the regime – this is state-backed terrorism. And we see a strong reaction from other states and civil aviation. Airlines one after another ban flights over Belarus, countries close their borders for Belavia's planes. Ukraine completely closes air traffic with Belarus, the EU will consider this possibility.

My team continues to stay in touch with Raman's parents. I can't imagine what his mother and father experienced when they saw the video with their imprisoned son. But I know that they continue to fight for his freedom.

We coordinate work with representatives of the democratic forces, we constantly stay in touch with Pavel Latushka. Yesterday, I made a call with EU High Representative Josep Borrell. He told us that the EU is planning to adopt the 4th package of sanctions and prepares the fifth package in July.

We also made a call with Polish Foreign Minister Zbigniew Rau. He assured that Poland will do everything possible to investigate the seizure of the aircraft.

On a call with French Foreign Minister Jean-Yves Le Drian, I emphasized that everything that happened in Belarus – the death of Vitold Ashurak, the attack on TUT.by, and the plane’s hijacking – is the result of the regime's impunity and lack of proper response to its actions. Therefore, the response must be comprehensive, including sanctions and the political isolation of the regime. This morning the regime sentenced politician Pavel Seviarynets to 7 years in prison, Yauhen Afnahel – 7 years, Pavel Yukhnevich and Maksim Viniarski – to 5, Iryna Shchasnaya – to 4. This is time to act.

We also had a call last night with the US National Security Advisor to Joe Biden Jake Sullivan. I called on the United States to launch an investigation into the hijacking of the plane, support the suspension of Belarus' membership in the International Civil Aviation Organization and Interpol, and discuss a solution to the crisis at the G7 summit in London with the participation of the Belarusian democratic forces or high-level conference on Belarus. Shortly after this call, US President Joe Biden made a statement on Belarus. He demanded to release Raman Pratasevich and start an investigation to bring the perpetrators to justice.

Let me emphasize: suspension of flights over Belarus doesn't solve the real problem. The problem is the terrorist regime that rigged elections last year, regularly violates the constitution, and breaks international law. Lukashenka’s regime is a threat to regional and European security. The only solution to this crisis is to conduct free and fair elections and democratic reforms.

But now, we should stop the violence and lawlessness. We ask for sanctions against the regime, its cronies, and businesses. We ask for support for civil society and free media. We call on UN Security Council and OSCE to put the Belarus issue on top of the agenda”. 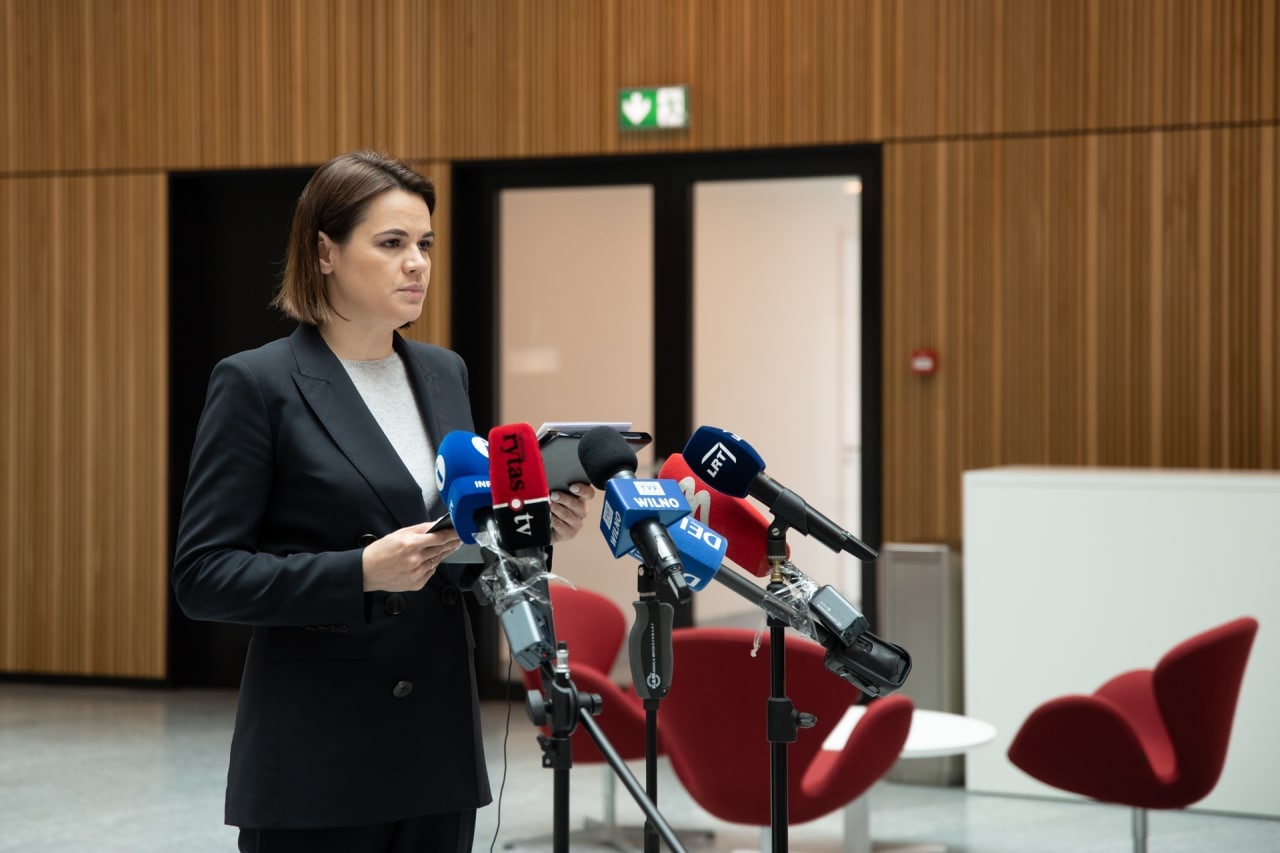