International Day of Solidarity with Belarus / May 29 2022

May 29 is the international Day of Solidarity with Belarusians. Despite 2 years of incessant repression in the country, which began with the detentions of Sergei Tsikhanousky and Viktor Babariko, Belarusians find the strength to help Ukraine every day in the fight against the Russian military attack. 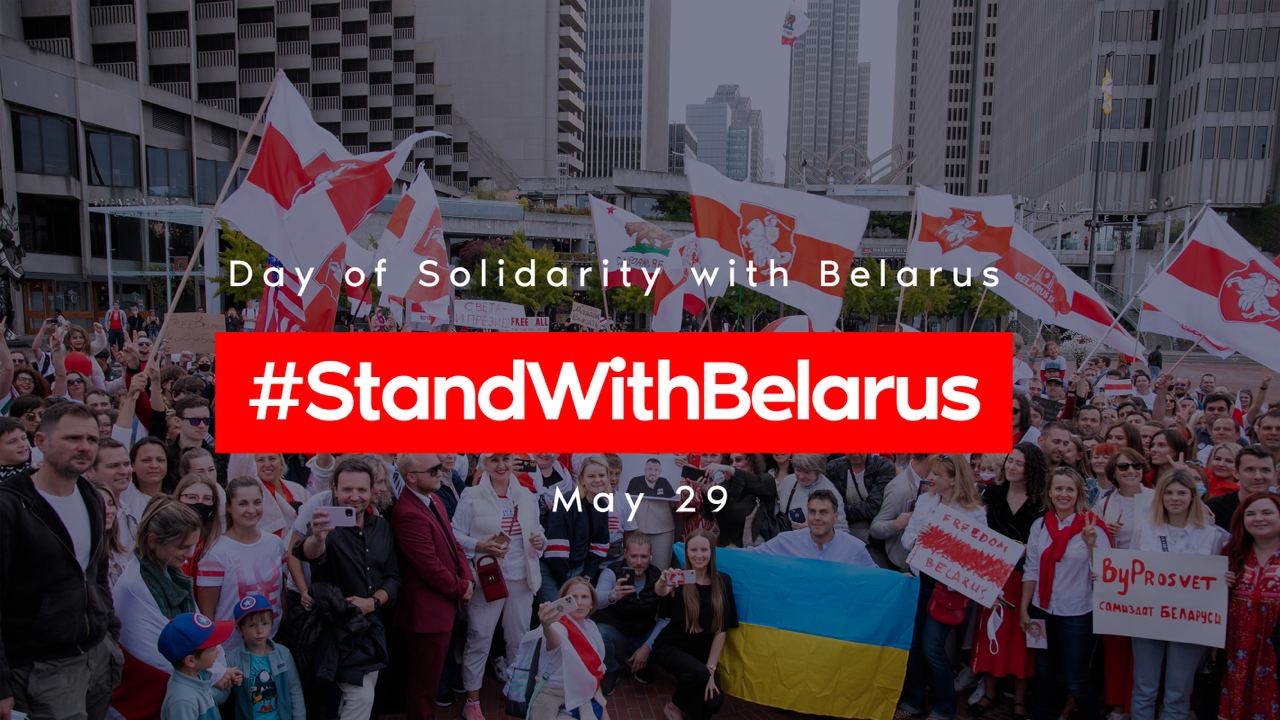 Sviatlana Tsikhanouskaya invites you to join the actions and activities on May 29, 2022. The whole week from May 23 is a week of solidarity with Belarusians who, despite the violence and repression of the regime, not only continue to protest, but also help Ukraine. 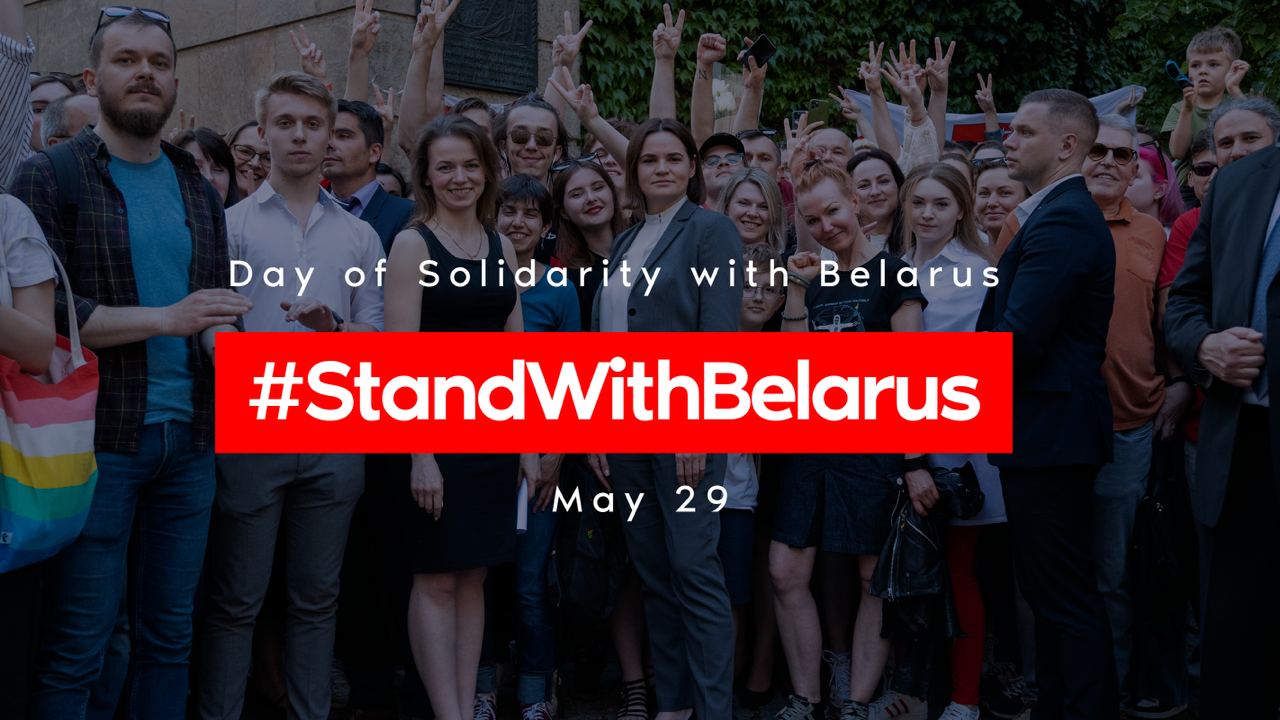 Today Belarusians need your support and here is why.

On May 29, 2020, Sergei Tsikhanousky, a popular presidential candidate who could win the election on August 9, was detained in Grodno. On June 18, 2020, Viktor Babariko, the businessman who first dared to challenge Lukashenko's presidency, was arrested in Minsk.

This marked the beginning of the most massive protests to rise for political reasons in the history of modern Belarus. Thanks to these protests, Lukashenko was unable to falsify yet another election seamlessly. He still retains power only through violence and disregard for the law. Belarus and the Belarusians have become known to the world as the brightest example of an internal battle for democratic values in the 21st century.

On February 24, 2022, Russia launched a war against Ukraine, which has already become the biggest military conflict of the 21st century in Europe. Russian troops are using the territory of Belarus for the attack, which was only possible with Lukashenko's personal approval.

The Lukashenko regime has systematically violated human rights, arrested, tortured and murdered Belarusians. It has crushed civil society and independent media. The regime committed an act of state terrorism by forcibly landing a civilian airliner in May 2021 using combat aviation – to detain the journalist Roman Protasevich. The regime created a migration crisis on the borders of the European Union and falsified the results of the “referendum”. In February 2022, Lukashenko extended the scope of his crimes to his neighbouring country and people: Ukraine and the Ukrainians.

Lukashenko, who has no legitimacy in Belarus and acts against the will of the Belarusians, has allowed Russian military equipment across the borders. He provided the country's transport and civil infrastructure for their needs and allowed at least 700 missiles to be fired at Ukrainian territory. In fact, it was with his approval that the attack on Kiev and such horrific episodes of inhuman cruelty as the massacre in Bucha took place.

It has become dangerous to be a Belarusian not only in Belarus, but also outside the country. Inside the country, people are threatened by reinforced formations of elite police and internal troops. Every morning, before leaving his flat, a Belarusian checks the door peephole to see if the law enforcers are waiting for him. Abroad, Belarusians are threatened by an outraged society. A Belarusian can be kicked out of his rented flat, refused in the opening of a bank account, be insulted, and at night, have his window broken in a parked car with Belarusian number plates.

But the Belarusians, forced to learn resilience and patience for decades, were able to find the strength and rightly assess their priorities. And focus their thoughts, energies and actions not on pitying their plight, but on real action to help Ukraine.

Inside Belarus, people who have for two years been under the most powerful repression in Europe over the last 30 years are coming out in anti-war protests. More than a thousand people have ended up behind the walls of Okrestina and other prisons for this. The Belarusians are disrupting the railway infrastructure and detaining Russian trains that transport equipment and fuel, without causing railway accidents that would threaten civilians. Lukashenko's enforcers shot people in the knees after detaining them and publicly bragged about their atrocities. Belarusians report daily on the movements of Russian soldiers and equipment across the country. For this purpose Belarusians have created a civil intelligence tool, previously unparalleled in the world, the “Bielaruski Hajun” project, which has become an invaluable source of data for the Armed Forces of Ukraine. People are arrested for sending data to it. A maths teacher who wanted to stop the war can now end up in prison for six years.

Outside of Belarus, people who have not fully recovered from their unplanned emigration are collecting money, medicine, protective gear and even transport for the Ukrainian army. They form volunteer units who fight in Ukraine, provide humanitarian aid to refugees regardless of their nationality. Belarusians write songs, create paintings, disseminate information and support Ukraine, including through their art under the hashtag #BelarusWithUkraine.

But the trouble in Ukraine and the trouble in Belarus are not two stories that exist separately from each other and are not interlinked in any way. The possibility of the Russians attacking Ukraine from the territory of Belarus is a consequence of insufficient efforts of the Belarusians and the whole world to overthrow Lukashenko's regime. And today Belarusians need your support, solidarity and help!

Help us in the fight against our own monster who is holding the country in fear living at the very heart of it.

Help us to help Ukraine, our neighbours and friends who are dying because of Russian President Putin's aggression and Lukashenko's help.

Help us to hear that we are not alone and that we can count on our friends around the world to help us. 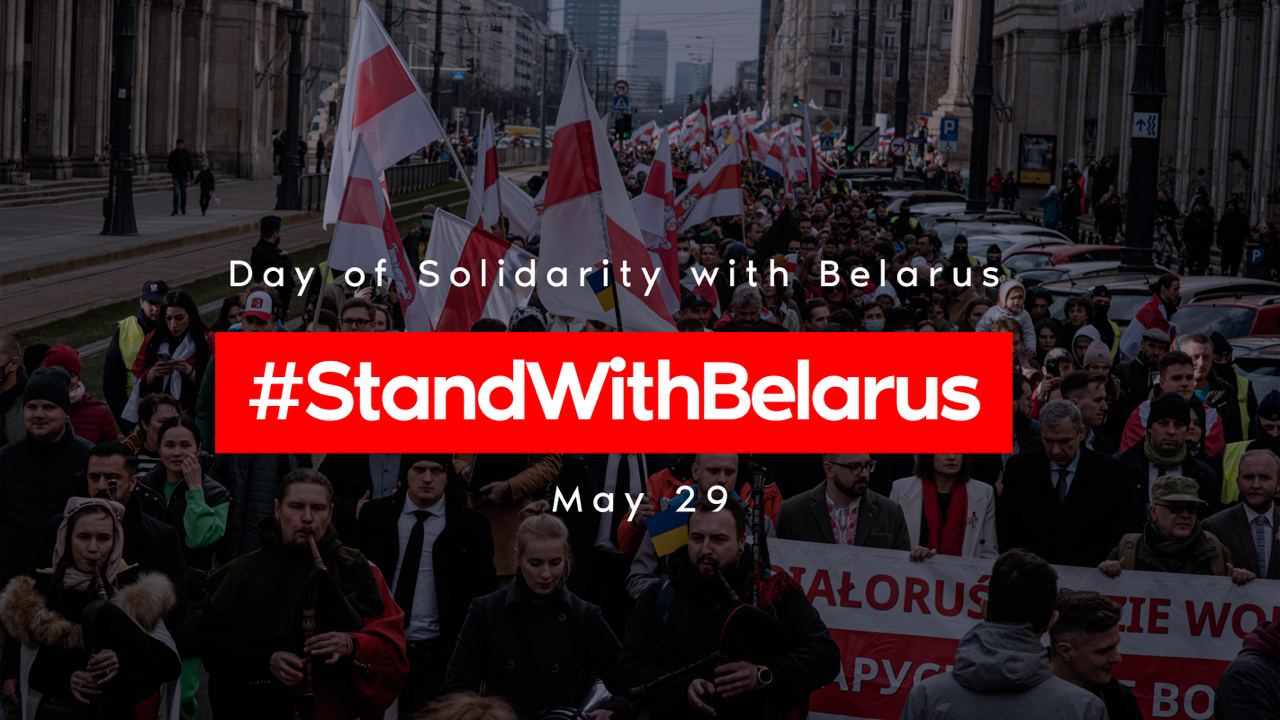 Support real Belarusians on the International Day of Solidarity with Belarus on May 29, 2022.

Read about the Day of Solidarity with Belarus at standwithbelarus.org. Solidarity actions will take place from the 23rd to the 29th of May. Find here materials for the media.

What kind of support do Belarusians need in their country and abroad? 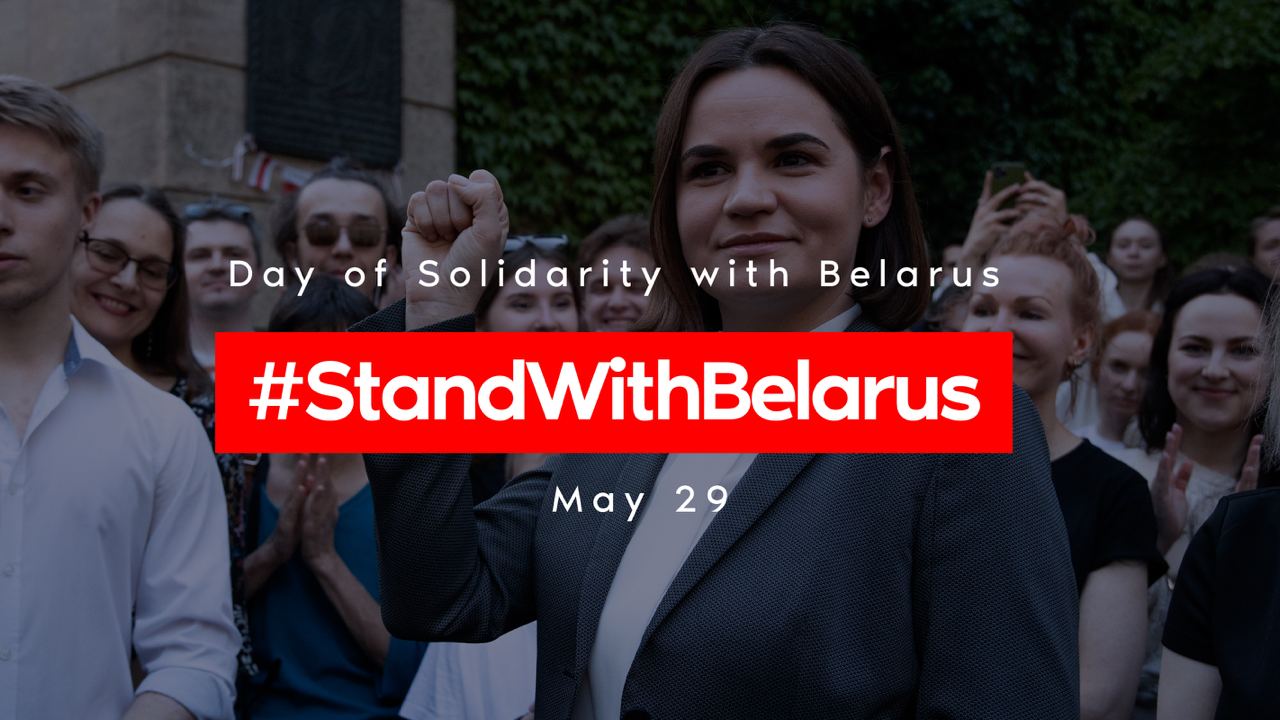