Sviatlana Tsikhanouskaya’s speech at the Memory of the Nation Awards in Prague, 2022

I would like to thank the Memory of the Nation project and the organizers of this ceremony.

People who receive this award have shown with their lives that truth, freedom and pride are not just empty words. And such events make us remember everyone who, in the darkest of times, as now, remain on the side of good, even when it means risking their lives.

The greatest stories of the struggle for freedom are always the sum of little personal stories of resistance. These are stories of broken lives and human suffering, but also stories of human strength and dignity.

Today I want to share one of those stories with you. Perhaps you know it.The Belarusian poet Larysa Heniush lived and worked in Prague for a long time. She was the secretary of the Belarusian People's Republic, Belarusian Government in exile during the Soviet Occupation.

Heniush organized the archives and wrote many poems. But Larysa did not escape Stalin’s repression. She was arrested after a denunciation and sent to the KGB prison in Minsk, where she was interrogated with the same barbaric methods that the servants of the regime use today to interrogate Belarusian activists. Behind the same walls where my husband and many heroes of the Belarusian protest are held.

The story of Larysa is the story of a great power that only a person who loves one’s land can discover in oneself. After Stalin's death, when a wave of pardons passed through the camps, Larysa was not released. For years she flatly refused to write a petition for pardon. “I have nothing to apologize to these people for!” she wrote in her journal.

Even at the end of her term, Heniush remained under the supervision of the KGB, but did not break. She refused to get a USSR passport, because all her life she considered herself a citizen of Belarus and acted out of love for Belarus.

Until the end of her life, she was not allowed to see her own son. She did not have time to live up to the moment she had been waiting for all her life – the liberation of Belarus from Soviet power. But She believed in the best and loved the Belarusian people. We know this, because we still read her poems and learn this love from her.

Today, people who love Belarus with all their hearts suffer in KGB prisons, tortured by people who do not know this feeling of love.

Today, people who love Ukraine with all their hearts are dying for their homeland at the hands of invaders who have no sense of mercy, nor humanity, nor honor.

Today, everyone who takes the side of good risks everything. But there is no other choice if we are to overcome tyranny.

When I feel I don't have enough strength, I remember Larisa Heniush and move on.

And today I invite each of us to remember the stories of people who made great victories possible. And follow their example. Be brave like them. 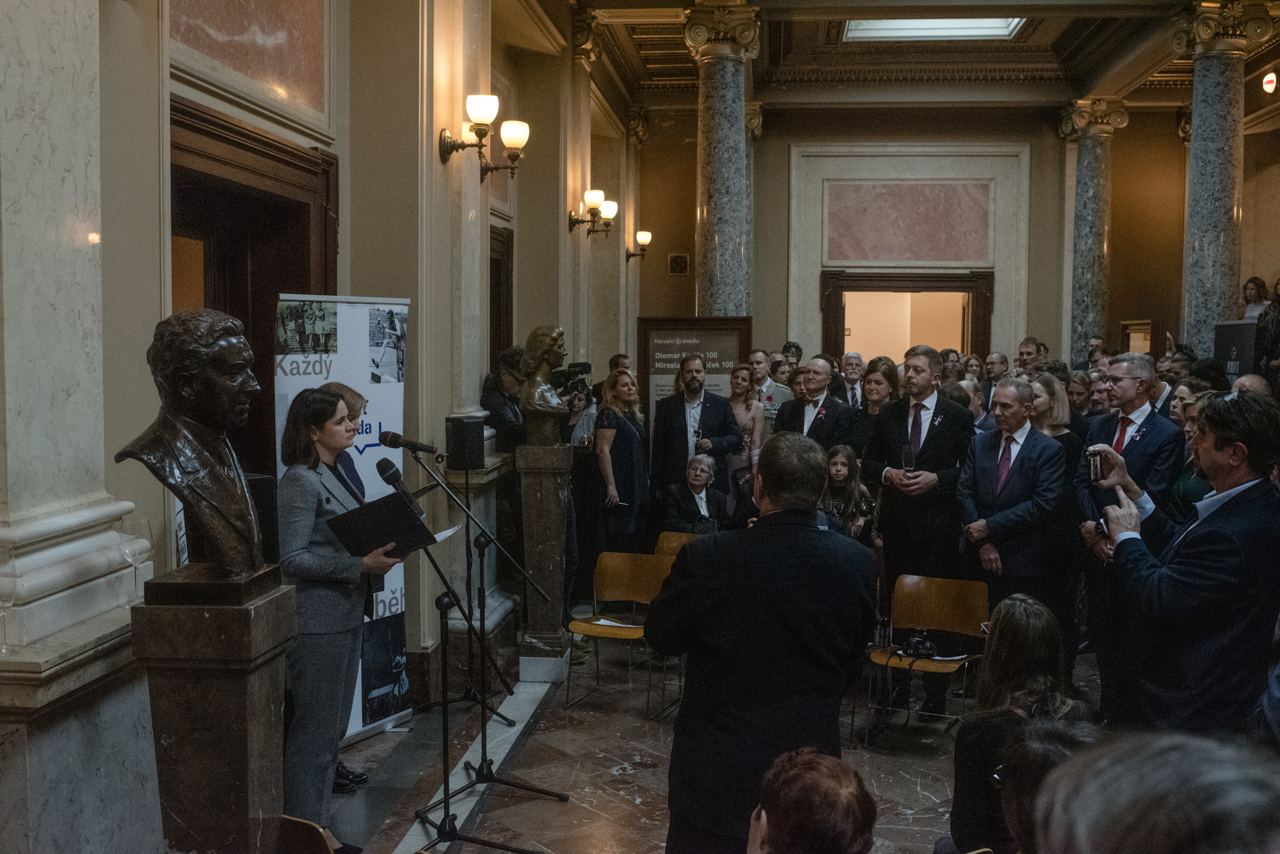