Many people only remember this word from their parents' stories of Soviet times when they had ration cards, had to stand in long lines to get at least some size of boots and only saw empty shelves in stores. It all seemed like the distant past. But we are now witnessing it coming back.

We are seeing products disappearing from store shelves across the country, and instead of a dozen kinds of tea or chocolate, there are only two or three brands available. We are again seeing the Soviet-type long lines. The shortage affects even the packaging of the goods that are still delivered to the stores: we have gotten used to milk now coming in white, nameless tetrapak, yogurt coming in cream packaging, and butter having text in a foreign language on its packaging.

Officials are trying to convince us that these problems are made up and are “part of the information war”. But they can’t hide the economic problems which the naked eye sees. One look at the store shelves is enough to understand that the Belarusian economy is in deep crisis, which has been caused directly by counter-effective policies.

At the same time, the officials are well aware that the new laws on price regulation, new bans and decrees are further destroying our economy. But it’s been a long time since they started acting not out of a desire to help people and their country, but with one goal in mind: to keep their jobs.

Belarus has many decent, educated people who know how to restore and improve the economic situation. We have a lot of professionals who are simply not allowed to unlock their potential in these conditions. I know that we can achieve a lot in the new Belarus: experts of democratic forces already have projects of reforms, as well as arrangements for financial assistance for recovery. I know that Belarusians can build such an economy that would attract specialists from other countries wanting to earn money and gain new experience, and not the way around. But first, those deliberately dragging our country into global isolation and our people into extreme poverty must leave their offices, which they took without being elected by the people”. 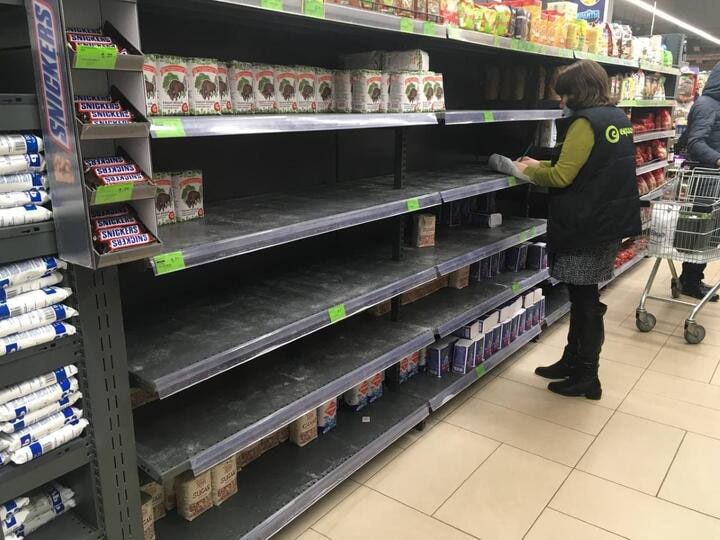