During the session of the UN General Assembly, the Head of the United Transitional Cabinet of Belarus Sviatlana Tsikhanouskaya met with the President of the European Commission Ursula von der Leyen. This was their second meeting since 2020 and the first following the establishment of Belarus' major executive body in August this year.

At the meeting, Ms. Tsikhanouskaya paid special attention to the risks to the independence of Belarus posed by Vladimir Putin's recent decision on military mobilization in view of the advances of the Ukrainian armed forces.

The leaders also discussed allocating additional EU funds to support civil society in Belarus: human rights defenders, media, cultural, educational, youth and sports initiatives. This year, EU assistance to Belarus has amounted to 30 million euros. Considering that it has become more complicated for the civil society to work since the war started, the Cabinet is holding negotiations with the European Union on increasing the assistance for Belarus for the next fiscal year.

At the same time, the leader of democratic Belarus called for maintaining and stepping up sanctions against the regime and its supporters to deprive them of resources for carrying out repressions and pressure them to release political prisoners. In this context, Sviatlana Tsikhanouskaya called on the President of the EC to declare illegal the legislation on depriving the regime's opponents of Belarusian citizenship. At the same time, the Belarusian leader emphasized the importance of maintaining the EU visa facilitation agreement with Belarus and taking new practical steps to resolve migration issues.

The Head of the Cabinet of Belarus and President of the European Commission agreed to continue negotiations at the working level on a number of projects. 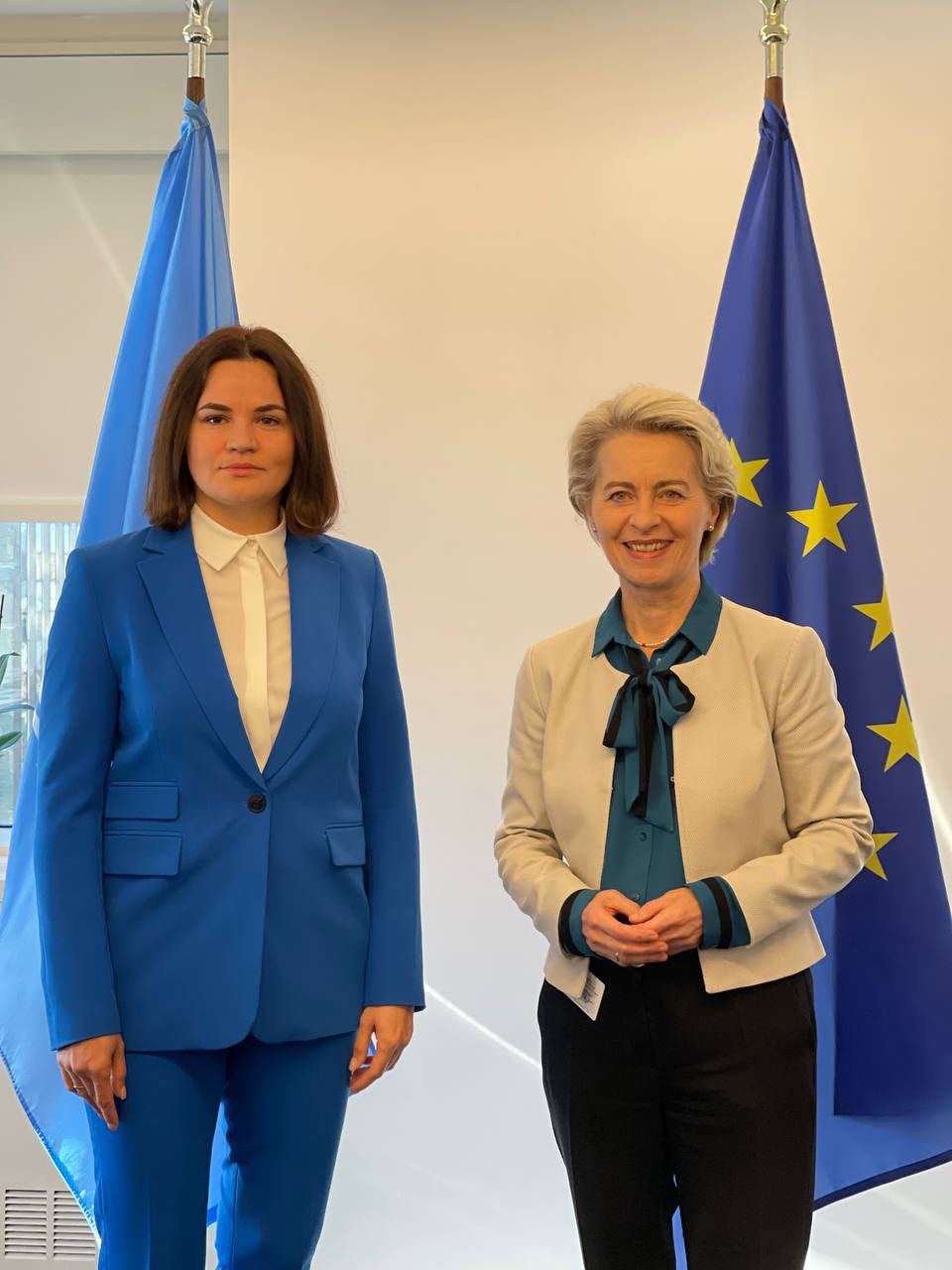